West Harbour Bluff is located on the far, far southwest side of the island.  A few months ago I took my first trip out here, and was so impressed.

West Harbour Bluff is easily one of the most remote places on island.  There are several ways to get out here, the easiest is probably by boat 😉  We took Tom Lightbourne Road all the way down (from Blue Hills.)  The road (and I’m using the word road pretty loosely here) is partially paved/ mostly rock, so its necessary to go like 5 mph in some places.  It also gets flooded easily, so you definitely want to take a suv/jeep.  On the way back, we were venturing off a back road, and surprisingly it lead to the back of the airport!  I’m not even going to pretend to remember directions that way.. it’s just the road behind the airport which leads to Kew Town.  The funny thing is the back road we took on the way back is much, much better than Tom Lightbourne.  I would never recommend driving out here alone/ with anyone other than someone who is really, really knowledgeable of the area.

You can even see West Caicos off in the distance!  It’s hard to see from the picture, but it’s to the left of the middle. 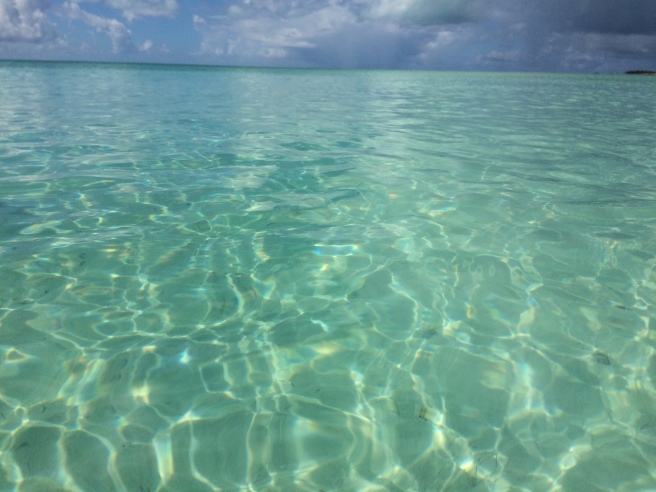 The water on this side is accessible to swim in as it is quite shallow. On the other side of Split Rock, the water is much, much deeper (and is known to be frequented by sharks!) 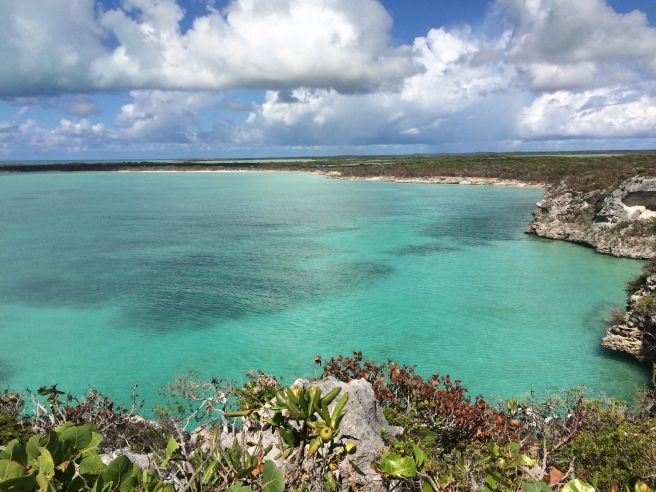 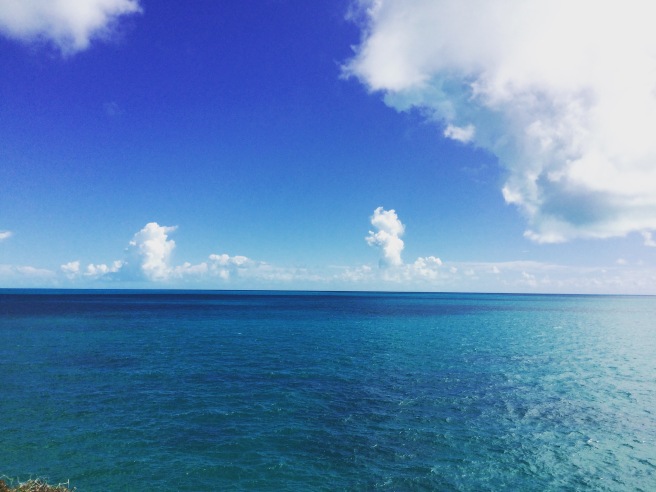 I’ve gotten pretty comfortable and embraced my inner island girl, and end up trekking through the brush, climbing up/down in just flip-flops and a bikini, haha.  If you’re not, you’ll definitely want to wear closed-toed athletic shoes.

Split Rock is up here, and so fun to see.  I’ve seen pics of people on the rock, but I wasn’t feeling that brave to attempt it!  Such a rush to look off the side. 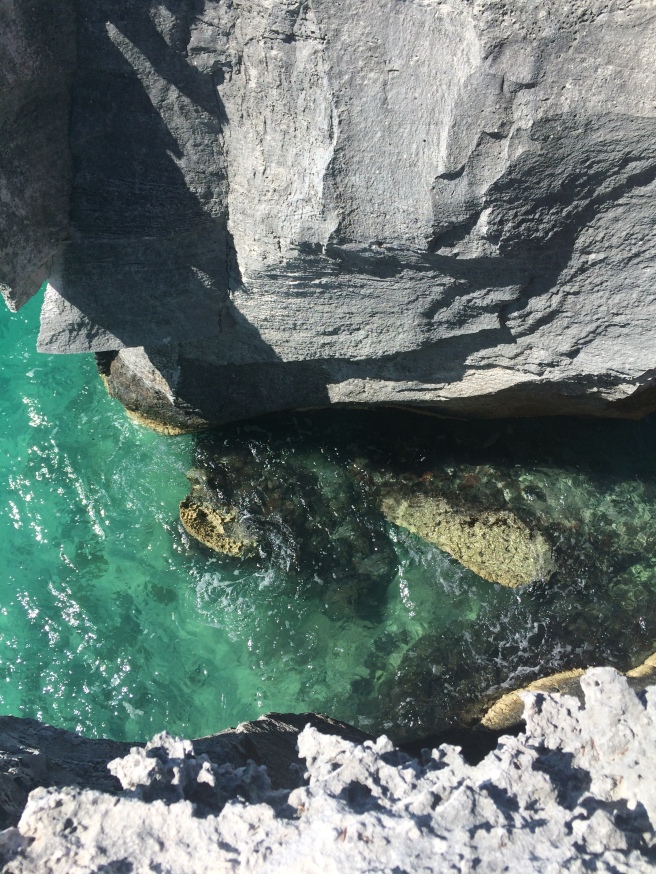 I was hoping to see a shark in the waters below, but sadly no luck.  My boyfriend saw a stingray, but I wasn’t quick enough with my phone.  Next time!

Underneath this, is Pirate’s Cove. 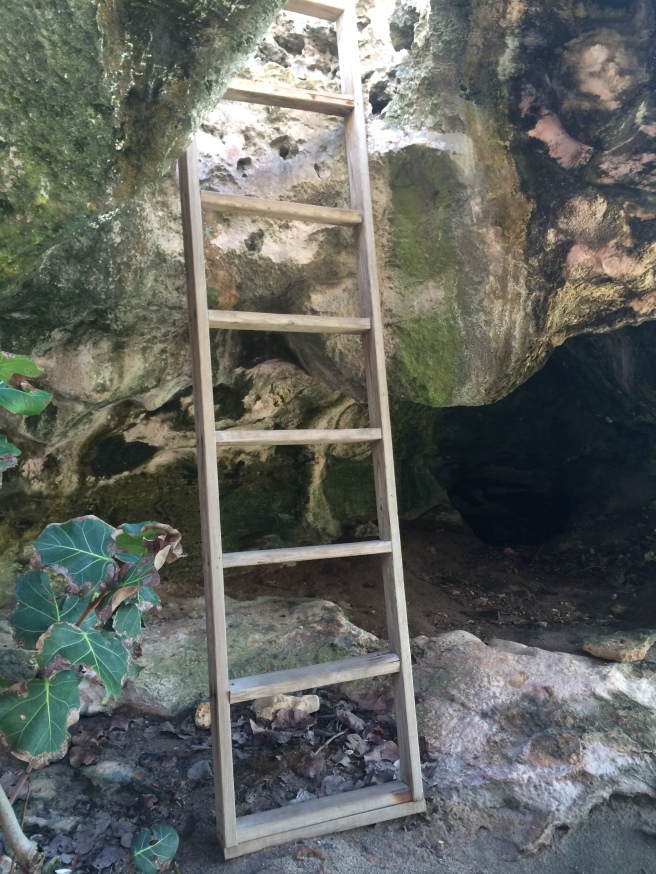 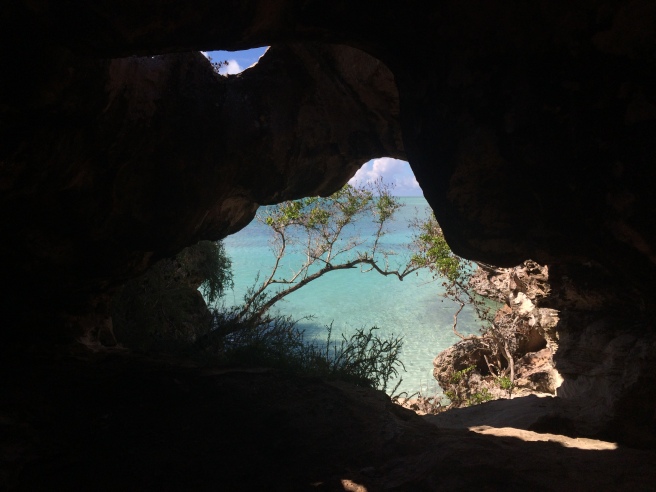 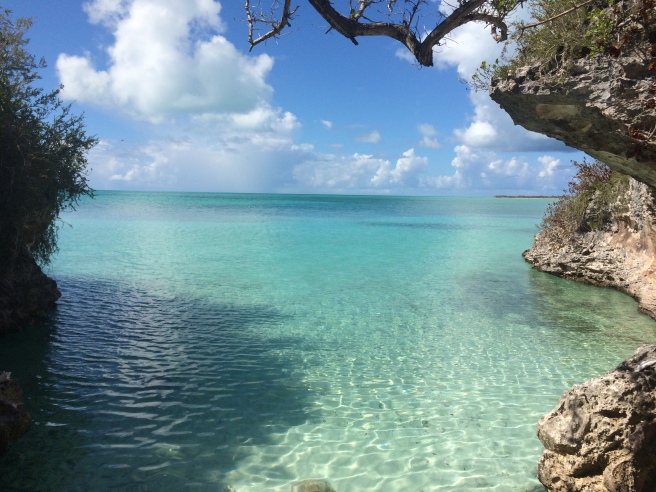