I think it only fitting that my first post be about where in the world I am! I live in the country of Turks & Caicos, a British Overseas Territory, located in the British West Indies. We’re about 570 miles southeast of Miami, Florida, and 90 miles north of Haiti/Dominican Republic. Technically we’re in the Atlantic Ocean… but most consider it part of the Caribbean.

There’s around 40 islands in the whole chain, but only a handful are inhabited. The island I live on, Providenciales (known as Provo), is the most populated. The year-round resident population is around 23,000. However, there’s WELL over that number in tourists each year. 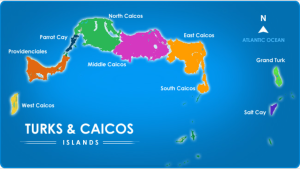 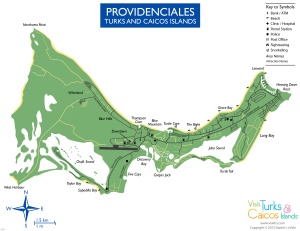